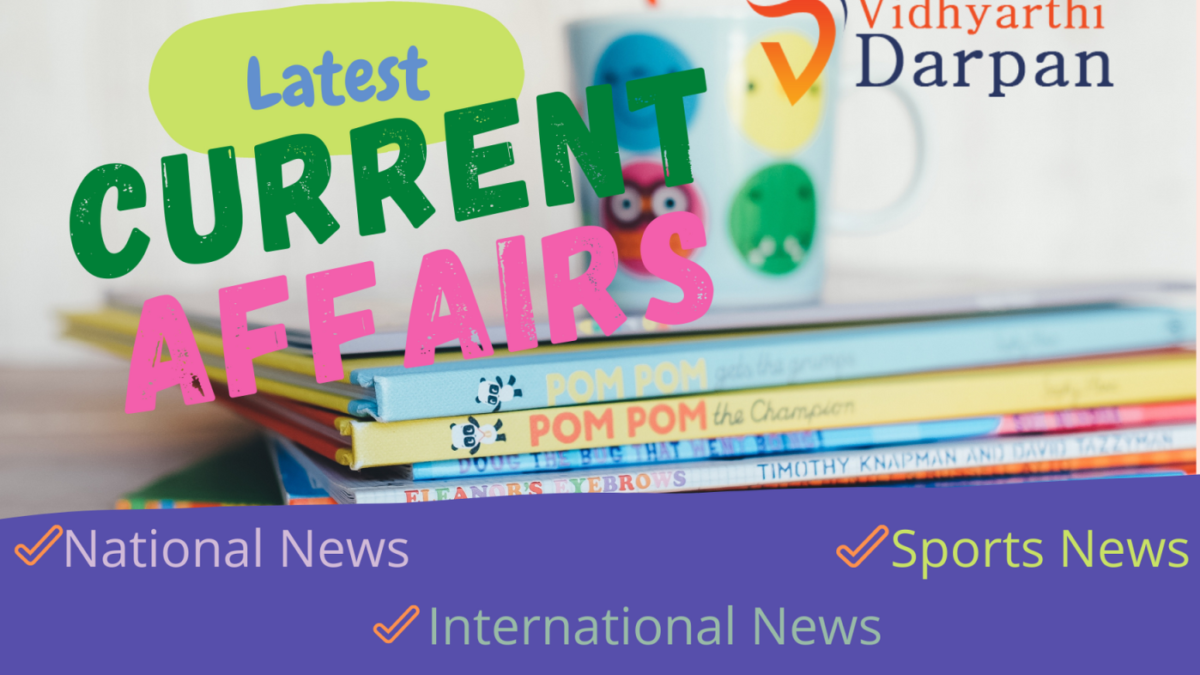 Diesel prices breached the ₹100 per litre mark in Mumbai on Saturday after fuel prices were hiked again —fifth day in a row. Petrol prices were hiked by 30 paise per litre and diesel by 35 paise a litre, according to a price notification of state-owned fuel retailers. The increase is likely to have a cascading effect on the price of essential commodities, vegetables fruits and milk with consumers bearing the brunt of the price rise. In Mumbai, diesel costs ₹100.29 a litre; while in Delhi, it costs ₹92.47. The price of petrol in Delhi soared to another high of ₹103.84 a litre and ₹109.83 per litre in Mumbai, the notification said. The prices of fuel vary from state to state according to the local taxes levied on them. As for price rise in gas, an explainer in The Hindu, has attributed this to a host of reasons from economic recovery to geopolitics, attributed to the price rise. Global energy demand fell last year when economies slipped into COVID-induced lockdowns When growth returned this year, especially to Asian economies, demand shot up and energy producers struggled to meet the growing demand, pushing up prices, The Hindu said. Being a net importer of oil, India prices petrol and diesel at rates equivalent to international prices. With state-owned fuel retailers passing on the price of the cost to consumers, prices of petrol, gas and diesel have been reaching new highs for four days in a row; the price of petrol has been hiked by 30 paise a litre and diesel by 35 paise, the biggest rally in rates. Fuel rates are linked to international price of crude as USD was 82 per barrel after the decision by OPEC not to increase output more than 0.4 million barrels per day; fuel rates are being increased by a larger proportion. India imports oil and hence the oil prices swing with international prices.

Reports of the arrest of Ashish Mishra,  son of Union Minister of State for Home, Ajay Mishra, continued to do the rounds as he finally appeared before the Special Investigation Team, after days of dodging summons issued by the police in connection with the Lakhimpur Kheri violence case. Police officials refused to comment on the ongoing interrogation. Official confirmation on Mishra’s arrest is awaited. A nine-member team headed by D.I.G. Upendra Agarwal has been formed to investigate the FIR lodged against the minister’s son and others. Ashish Mishra was supposed to appear before police on Friday, but he did not do so. The Uttar Pradesh Police then issued a fresh notice asking him to appear before it by 11 a.m. on Saturday. The state police then had pasted a notice outside Ashish Mishra’s house asking him to appear before it in connection with the violence that claimed eight lives. Four of the eight people who died in the violence on Sunday were farmers, allegedly knocked down by a vehicle carrying BJP workers. Angry farmers then allegedly lynched some people in the vehicles. The other dead included two BJP workers and their driver. Farmers have claimed that Ashish Mishra was in one of the vehicles, an allegation denied by him and his father.

The Samyukt Kisan Morcha, the umbrella body of farmer unions spearheading the ongoing farmers’ protests against Centre’s farm laws on Saturday has accused the Bharatiya Janta Party (BJP) of attempting to dislodge the current agitation by resorting to violent measures; their intent  exposed in the backdrop of Uttar Pradesh’s Lakhimpur Kheri incident. Senior SKM leader Darshan Pal said that the Lakhimpur Kheri violence should not been seen in isolation as the incident is a part of larger conspiracy against farmers’ and the ongoing struggle. The Lakhimpur incident is an attempt to create an atmosphere to terrorise people and to shut people’s voice. The SKM has stood firmly against this approach and will continue to raise the voice, he said at a press conference in New Delhi. Joginder Singh, president of Bharatiya Kisan Union (Ugrahan), one of the SKM constituent said that ongoing farmer’s agitation is going on peacefully, but BJP governments – be it at the Centre or in Uttar Pradesh have been attempting various tactics to dislodge the movement.  Even though the BJP is involving in violence, we will reply in a peaceful manner, which is strength of our movement. Our agitation will continue until our demands are fulfilled. There’s no question of relenting now, he added. We will observe October 12 as ‘Shaheed Kisan Diwas’ and we appealed to the farmers all over the country to join the ‘antim ardas’ (final rites) of the farmers, who died in Lakhimpur Kheri at Tikonia, he said.

India and China will hold their 13th round of talks on Sunday to address the ongoing military stand-off between the two countries, according to Army sources. The mediations are likely to be held at Moldo (Chusul) on the Chinese side of the Line of Actual Control (LAC). A resolution to the friction at Hot Springs is likely to figure in the talks. The Ministry of External Affairs (MEA) on Thursday had said that it expected China to work towards early resolution of the remaining issue along the Line of Control (LoC) in Eastern Ladakh by fully abiding by bilateral agreements and protocols. Addressing a weekly media briefing, the MEA spokesperson Arindam Bagchi said, It is our expectation that China will work towards early resolution of the remaining issue along the Line of Control in Eastern Ladakh while fully abiding by bilateral agreements and protocols. Earlier, External Affairs Minister S Jaishankar, on the sidelines of Shanghai Cooperation Organization (SCO) Summit in Dushanbe, Tajikistan, met Chinese counterpart Wang Yi and the two leaders discussed the border tensions and disengagement along the LAC. Soldiers of India and China clashed last year resulting in the loss of several lives on both sides. The clashes erupted after the transgression by Peoples Liberation Army (PLA) in Galwan Valley. More than a year has passed since the incident, but tensions have not abated between the two countries. So far, 12 rounds of military talks and a series of diplomatic parleys were held between India and China, but tensions remain.  India insists that only full disengagement will result in de-escalation.

If China There to Stay, We are Too’: Army Chief Naravane on LAC Build-up at Eastern Ladakh

The military build-up by China in the eastern Ladakh region and new infrastructure development to sustain the large-scale deployment are matters of concern and India has been keeping a close watch on all the activities by the Chinese PLA, Chief of Army Staff Gen MM Naravane said on Saturday. He said if the Chinese military maintains the deployment through the second winter, it may lead to an LoC-like situation (Line of Control) though not an active LoC as is there on the western front with Pakistan The Chief of Army Staff said if the Chinese military continues with its deployment, the Indian Army too will maintain its presence on its side which is as good as what the PLA (People’s Liberation Army) has done. Indian and Chinese militaries have been on a standoff in several areas along the Line of Actual Control (LAC) in eastern Ladakh for nearly 17 months though both sides disengaged from a number of friction points this year following a series of talks. Yes, it is a matter of concern that the large-scale build-up has occurred and continues to be in place, and to sustain that kind of a build-up, there has been an equal amount of infrastructure development on the Chinese side, Gen Naravane said at the Indian Today conclave. So, it means that they (PLA) are there to stay. We are keeping a close watch on all these developments, but if they are there to stay, we are there to stay too, he said. Gen Naravane said the build-up and the infrastructure development on the Indian side are as good as what PLA has done. But what this would, especially if they continue to stay there through the second winter, definitely mean that we will be in a kind of LC (Line of Control) situation though not an active LC as is there on the western front, he said. But definitely, we will have to keep a close eye on all the troop build-up and deployments to see that they do not get into any misadventure once again, the Army Chief said.

Chinese President Xi Jinping vowed on Saturday to achieve peaceful reunification with Taiwan, and did not directly mention the use of force after a week of tensions with the Chinese-claimed island that sparked international concern. Taiwan responded to Xi by calling on Beijing to abandon its coercion, reiterating that only Taiwan’s people could decide their future. Democratically ruled Taiwan has come under increased military and political pressure from Beijing to accept its sovereignty, but Taipei has pledged to defend its freedom. Speaking at Beijing’s Great Hall of the People, Xi said the Chinese people have a glorious tradition of opposing separatism. Taiwan independence separatism is the biggest obstacle to achieving the reunification of the motherland, and the most serious hidden danger to national rejuvenation, he said on the anniversary of the revolution that overthrew the last imperial dynasty in 1911. Peaceful reunification best meets the overall interests of the Taiwanese people, but China will protect its sovereignty and unity, he added. No one should underestimate the Chinese people’s staunch determination, firm will, and strong ability to defend national sovereignty and territorial integrity, Xi said. The historical task of the complete reunification of the motherland must be fulfilled, and will definitely be fulfilled. He struck a slightly softer tone than in July, his last major speech mentioning Taiwan, in which he vowed to smash any attempts at formal independence. In 2019, he directly threatened to use force to bring the island under Beijing’s control. The presidential office said they were a sovereign independent country, not part of the People’s Republic of China, and had clearly rejected China’s offer of one country, two systems to rule the island. The nation’s future rests in the hands of Taiwan’s people, the office said. In a separate statement, Taiwan’s China-policy making Mainland Affairs Council called on Beijing to abandon its provocative steps of intrusion, harassment and destruction and return to talks. A U.S. State Department spokesperson reiterated Washington’s rock-solid commitment to Taiwan and said the United States will continue to support a peaceful resolution of cross-Strait issues, consistent with the wishes and best interests of the people on Taiwan. 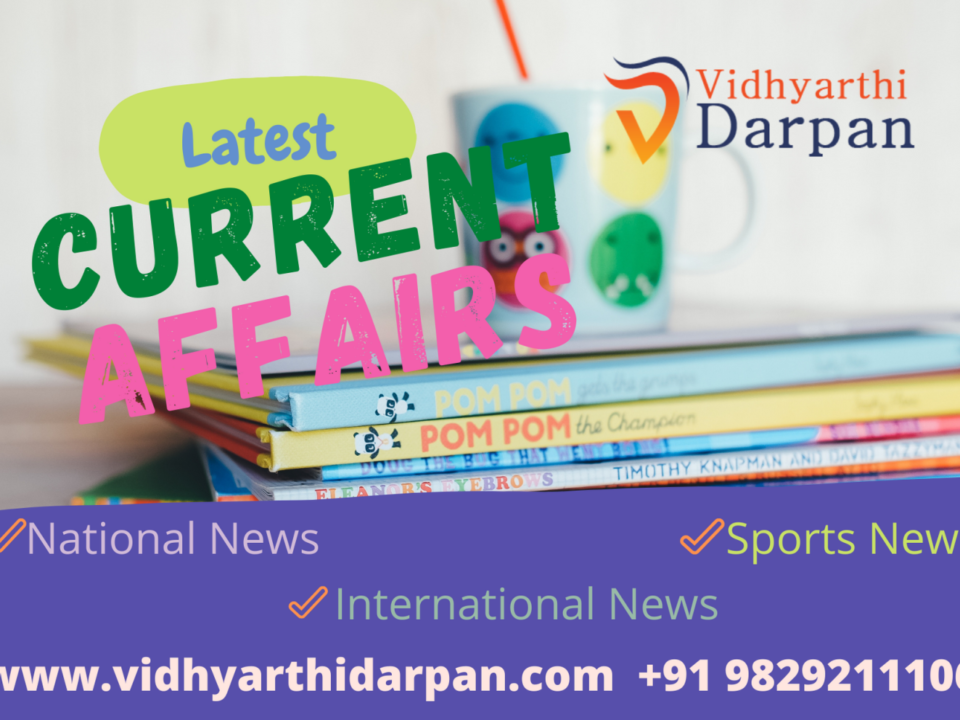